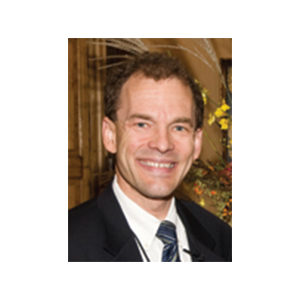 David Waldherr grew up in Stevens Point, WI, and as a first generation, low-income student attended the University of Wisconsin on a full scholarship, gaining an Honors Degree in economics and political science. He earned his JD at the Chicago-Kent College of Law. He then gained a full-time position with Harcourt Legal and Professional Publications and became their National Director of Testing in 1985. In 1990, David started Cambridge in his apartment kitchen. His preparation materials are currently used by over 1200 partner schools and companies nationwide. He has spoken at over 1000 events, served over 9,000,000 students and has contributed to over 50 titles including SAT, GRE and GMAT Power; WORKKEYS, ESSENTIAL SKILLS, Non-Negotiable College and Career Readiness Skills; GMAT, ACT, SAT, GRE and LSAT Victory Series; SAT, ACT, GMAT, GRE, LSAT Acceleprep and E-Celeprep; Learning Styles Profiles, Career Interest Inventory; and Getting into Law, Graduate and Business School Today. Dr. Waldherr is the world’s leading expert on the best way to prepare for Workplace, College and Graduate School Exams. David and his wife Kathy, established the Cambridge Award Program and have given away over $9,000,000 of programming to disadvantaged students across the country. It is their mission to raise academic achievement.

"Thank you so much Dave! You and your team have been amazing to work with! Thank you for providing an invaluable service to our GEAR UP students. I am happy to recommend your services to other districts and GEAR UP programs."
Jimetra R.GEAR UP Program Manager
"The people that represent this company are the most responsive, friendly, and helpful professionals. Every time I have questions or need guidance, Cambridge has been there to help."
Lindsey L.School Counselor
Their customer service is outstanding since their communication is one of the best that I have encountered when dealing with similar providers.
Mario R.Director of Advanced Academics
Previous
Next

Cambridge Educational Services, Inc. offers and scores tests from ACT, Inc., The College Board, and other testing companies. These are retired tests, intended for practice purposes only and not for official administration, and are based on high school curriculum as of the copyright dates of the tests. Cambridge’s products and services, including its score reports, are not approved or endorsed by ACT, Inc., The College Board, or the other companies that develop the tests, and Cambridge has no affiliation with any of those entities.